The on demand economy is fast spreading its wings and is disrupting the traditional business models across the globe. Today people expect goods and services on demand when they are on the move as most of them don’t have time to get them with increased working hours and busy schedules.

The On Demand Workforce Continues to Expand

This has led to the fast paced growth of these business techniques. If one side is the customers of the business the other is operational side.

The operational side has become increasingly complex with the need for technology and lot of people to deliver the goods and services.

In case of delivery of goods people who can drive around and have good knowledge of getting around the location the company is based on. However the workers of on demand are not considered as full time employees in most of the companies. They are paid based on the number of hours they work or the number of trips they take up.

They are taken as contract workers and are not part of the organization. This scenario has both advantages and disadvantages. This gives the workers the flexibility to work whenever they want to and get paid accordingly.

However these workers do not get any additional coverage or basic perks a normal worker can avail. This means the companies can get a free hand in exploiting the workforce. There is no minimum basic pay that has to be followed or any guaranteed work conditions.

The governments’ around the globe are still holding to the 20th century industrial labor norms and are not ready to cope with new work force.

The workforce can be fired and hired as they feel like and reduce the pay to minimal levels as someone who is struggling to meet the ends will be ready to work. The labor organizations across the world fought to avoid such sort of exploitations.

But there is a huge debate around this that whether there is any true exploitation going on. As the workers have a free will and flexible timing which is not the earlier case.

The companies can cut their cost but have to deal with ever changing workforce and maintain the standards of the operation.

There are a plethora of services that are being catered on demand. Parlor services, transportation, photography etc. The companies develop a network of these professional and create a common platform from which the customers can select the one of their wish.

The pioneer of on demand companies, Uber itself is network based Transportation Company.

Again these companies give the flexibility of working in their own terms and money. Certain companies with the benefit of fixing you prices for your service but some of them do not.

Uber has fixed prices but not every one of them. All these service providers have to give back to the platform they are based on is how much market they gain through it. That is how many customers you got.

This is a huge advantage to the professionals or service givers as they don’t need to establish themselves elsewhere. They have a ready made platform and a guaranteed recognition.

In case of uber drivers the chances of them operating as an independent taxi driver and earning as much is less. Though they are on their own terms in terms of everything they do need to maintain standards established by the platform.

Now this creates the questions whether they are employees or contract workers. When they are contracted the company has no right to control them.

This is the reason Uber has been vehemently opposing to finger print its drivers. Once they finger print the drivers would go on o demand the rights of an employee which is exactly what uber doesn’t want.

Not just Uber and Lyft in US, but all the clones of Uber across the globe do not want to face the problem of keeping their drivers as full time employees.

All the companies which perform in the similar way to Uber have certain restriction over the people operating through them. This is intended to maintain the standards and reputation of the company across the customers.

While on demand has been very comforting for people there are several issues faced by the customers as well. In case of Airbnb which is a on demand company which provides places for stay has been accused of bad host experience during the stay. The hosts tend to be rude arrogant or to the extent of abusers. But this behavior is not restricted to hosts there are rude customers as well. Airbnb has no coverage or limited coverage in such cases.

They do try to maintain their standards through rating and removing such hosts and customers from their platform. But they do not come with the safety standards of traditional hotel business nor they are subject to one.

In case of Uber there are several cases where the drivers are accused of sexual harassments and also there are restrictions imposed on their operations in many countries.

The traditional industries have stringent norms and safety checks to keep a lot of these issues in bay.

This has also caused lot of clashes between the drivers of traditional taxis and uber taxis. 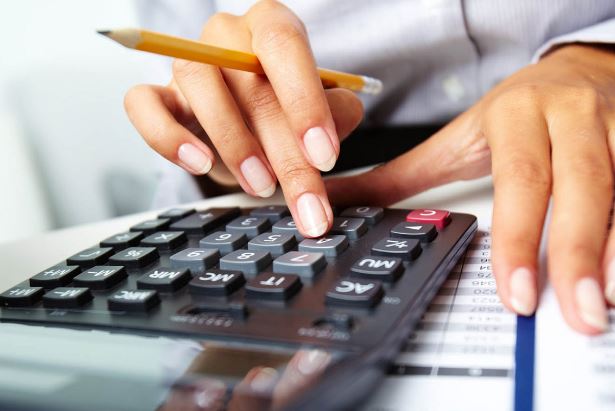 So who should be taxed for what? Uber takes its earnings and says it has got only 10 percent of the commission and pays a very little tax and so here the drivers are required to pay tax. Not many countries have a check over this income and though a thriving business model it has paid very less to the government

Traditional industries have blamed the governments for letting these companies have unfair advantage over them.

First is that they do not follow norms as they do not need to shell out money as much as they are doing. Drivers need to carry lot of papers and finish up lot of government procedure to run a taxi. But many uber drivers do not follow the same. They just drive around whenever they feel like.

This will lead to the reduced rates in case of uber rides giving them an unfair edge among customers.

Similarly hotel industries have to shell out so much of taxes to run their business not the same with Airbnb owners.

Recently many countries are drafting laws for this type of business and coming up with a taxation regime.

European Union too has taken up this issue with on demand companies themselves approaching the union due to backslash Uber has faced.

One can expect a lot of companies to take up this model despite the disadvantages it has. Mainly due to the customer comfort it gives and also some of the operational benefits.

The governments have to come forward to regulate them to avoid labor exploitation and they too should not lose out on tax money that is generated and to ensure costumer safety. 🙂